TUESDAY, MARCH 14 AT THE HAVERFORD SCHOOL IS CANCELLED
Ticket Holders may:

EXCHANGE their tickets for the May 9 performance of Die Zauberflöte at The Haverford School OR for TWO tickets to this weekend’s Jubilate: A Concert of Sacred Music Mar 17 at Chestnut Hill’s St. Paul’s Episcopal Church or Mar 18 at Bryn Mawr’s The Church of The Redeemer.

DONATE the face value of your tickets to AVA and receive a tax deduction.

or get a REFUND of your tickets.

Lucy (Lucia) Ashton is caught in a feud between her own family and the Ravenswoods in the Lammermuir Hills of Scotland. She desires to marry Edgardo Ravenswood, much to the dismay of her brother, Lord Enrico. As Enrico pushes her to marry Arturo Bucklaw (partly to ease his own financial distress) Lucia’s mental state declines rapidly.

The opera includes one of the most famous “mad scenes” in the genre (Il dolce suono…Spargi d’amaro pianto), in which Enrico’s machinations have pushed Lucy over the edge and in her madness, she kills Arturo.

A technically demanding and artistically challenging piece, coloratura sopranos Maria Callas and Dame Joan Sutherland had breakthroughs in the role of Lucia.

Mr. Fabiano reprised his Edgardo for Opera National de Paris in 2013 and famously performed on seven hours’ notice as a last-minute fill in at the Metropolitan Opera in 2015. 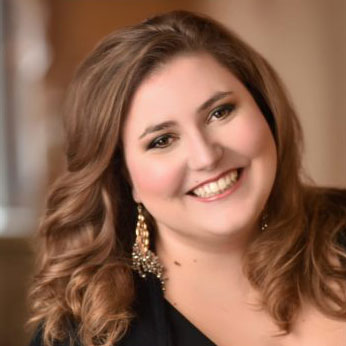 Sponsored with a generous gift from the Gray Charitable Trust